One Africa, Many Countries – Ayo

Can you master this traditional Nigerian Game?

Cultural understanding is easier for children when it is grounded in commonalities. By learning and playing games that children in different cultures also play, kids can come to discover that people from different parts of the world are not as different as they might think.

Any bean, seed or bead that is about the right size (1/2” – 3/4”) works well for this activity.  Dried kidney beans or pinto beans are good choices, but try different kinds and see which you like best. Each pair of players will need 48 beans or seeds. Read the information below and familiarize yourself with how to play. This kind of game, which is known as “Mancala” in some countries like The United States and Australia, is played differently all across Africa (in fact, there is no game called “Mancala” played anywhere in Africa!). Each culture that plays has their own rules, so there are hundreds of different ways to play. Below are the rules for Ayoayo (or just Ayo), a game that is played in Nigeria.  It is another name for the game “Oware”, as it is called in Ghana. After trying Ayo, use these instructions (click here for PDF) to try some games from a variety of other countries in Africa (including ANOTHER Nigerian game called Ayoayo!). First try Ayo, then try all the rest!

A note about these rules and playing these games – as with most games, the written rules will seem complex and confusing at first. Once kids start playing, the instructions will become clearer. You will need to help clarify the rules at first and answer any questions that kids have, especially with younger children. 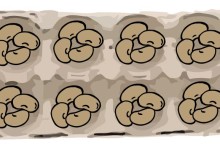 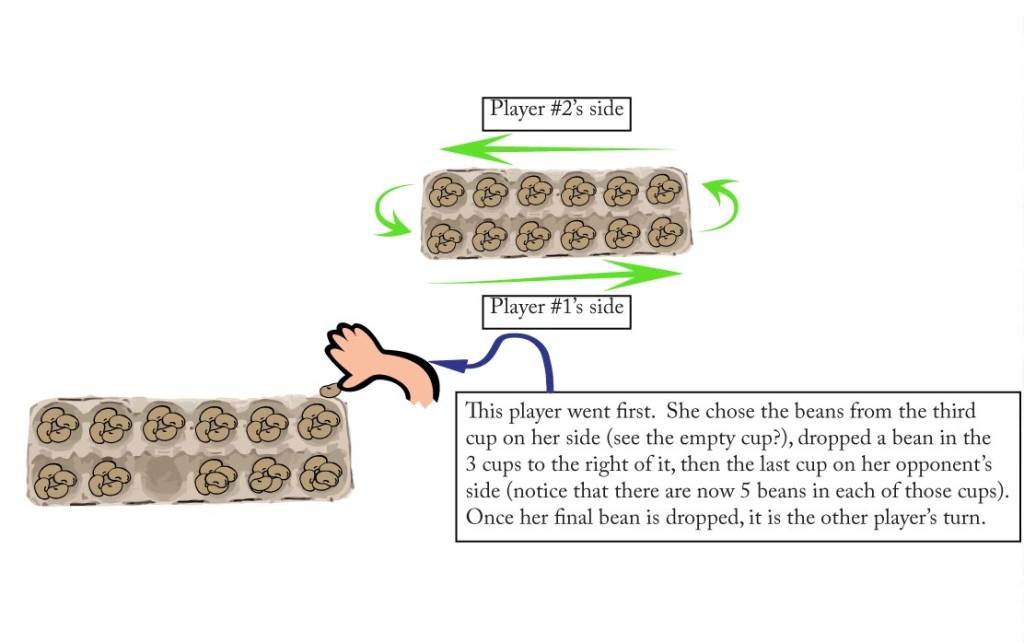 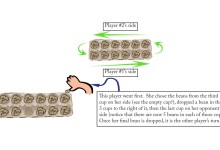 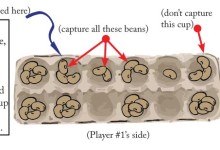 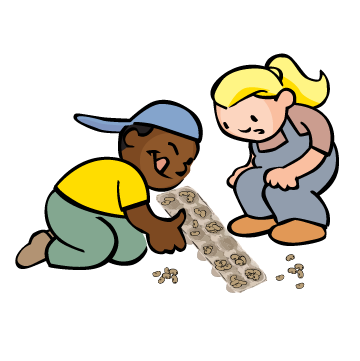 Read the Ayo Story from this curriculum to your students. Then, brainstorm a list with your students of their favorite games (Go Fish, Monopoly, etc.). Write the list on the board or on a piece of chart paper. Ask them if they think that kids from other countries play the same games or different ones. There is a good chance that Mancala will make the list — lots of children play it. Tell your students that they will be making their own games like Mancala and will play with their classmates.

Make and play your own Nigerian board game!

Teach teams how to play following the instructions below. See Suggestions (under the “Make it Better” step) for more information:

How to play Ayo, as played by many people in Nigeria (another version of Ayoayo is listed below):

Setup:  Four seeds are placed in each house (each cup of the egg carton). Each row of 6 cups is the territory of the player sitting nearest to them.

Starting: One child should place a seed in either of their closed fists and ask the other child to guess which hand it is in. If the guesser is correct, they begin the game. If they guess incorrectly, the other child starts.

Sowing seeds:  The player who goes first chooses a house (cup) from their side of the board, scoops up all four seeds, and “sows” the seeds by dropping one in each cup after the starting cup, moving counterclockwise (left to right on their side of the board, then right to left when they are dropping seeds in cups on their opponent’s side of the board). Once those seeds are dropped, THEIR TURN IS OVER. The next player then chooses a cup on their own side and sows the seeds. This makes the game different from the Mancala game that many children have played, in which turns last a long time. Players can only begin their turn by selecting from a cup on their side of the board. Seeds are “sown” in a counterclockwise direction, placing 1 seed in each successive cup around the board (See Figure 2 for an illustration).

Players can only capture seeds from their opponent’s side (the opposite side of the board). If the last seed that a player drops lands in one of their opponent’s houses with only one or two seeds already in it (making it two or three seeds in total), they then collect all of the seeds from that cup and keep them. If the previous-to-last seed that was dropped also brought an opponent’s house to two or three, these seeds are captured as well, and so on (See Figure 3 for an example of capturing seeds).

The game usually ends when a player has captured 25 or more seeds and both players agree to stop. Each player takes any remaining seeds in his or her cups. The game can also end in a tie if both players have captured 24 seeds; a game can end if one player’s side has no seeds and his or her opponent is unable to sow any seeds onto the opposite side; and a game can end when neither player can capture any more seeds, as when two or three pieces are endlessly chasing each other around the board. Both players must agree to stop play, and split the remaining seeds evenly, with the player having the most seeds on his or her side keeping the odd one.

After each team has played once, gather your students together to talk about what they have discovered. Is this a hard or an easy game? Did anyone discover any strategies for playing well?

After playing a few times, teams can switch partners if they would like to play with someone else.

After your kids have mastered Ayo, introduce them every few days or few weeks to a new “sowing game” from a different part of Africa. Print this PDF (click here) for 9 other ways of playing sowing games using the same materials. Which one do kids like playing most?